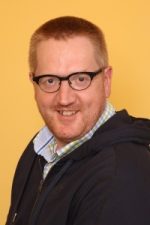 Dr. Thomas Servais is Research Director at the French National Centre for Scientific Research (CNRS), based at the University of Lille. Trained as a geologist and palaeontologist in Namur and Liège (Belgium), he continued post-doctoral research in Berlin (Germany) and at the British Geological Survey (Keyworth-Nottingham, UK), working on the biostratigraphy, palaeoecology and palaeogeography of different fossil groups, in particular the enigmatic microfossil group of the acritarchs.

Zhan Renbin, a research professor at the Nanjing Institute of Geology and Palaeontology (NIGP), got his bachelor degree in Nanjing University in June 1986, and PhD at NIGP in June 1994. He spent one year in the Natural History Museum London doing postdoc with Dr. Robin Cocks as his host from December 1996 to December 1997. Beginning from 1999, Renbin was invited to visit the University of Western Ontario and the Laurentian University 7 times with a duration from 13 to 3 months collaborating with Prof. Jisuo Jin and Prof. Paul Copper respectively. He is now the director of NIGP, vice chair of ISOS, chair of Asian Palaeontological Association (APA), secretary-general of International Palaeontological Association (IPA), an associate editor of Journal of Paleontology, and a member of the editorial board of Alcheringa. As the organizer or one of the co-organizers, he has already organized 6 international symposia, conferences and congresses in China for the Lower Paleozoic community since 1998. 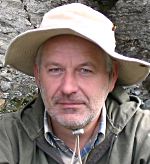 Dr Andrey Dronov is the Leading Scientist in the Laboratory of Phanerozoic Stratigraphy of the Geological Institute of Russian Academy of Sciences, Moscow. He was previously Professor of Geology and Head of the Department of Historical Geology in the Geological Faculty of St.Petersburg State University. His main fields of interest are sequence stratigraphy, sea-level changes, carbonate sedimentology, and trace fossils and facies analysis. He has published 3 monographs including textbook on Palaeoichnology as well as over 60 scientific articles. The main regions of his field research include Central Asia (Tien Shan Mountains and Pamirs), Ordovician of Baltoscandia and Ordovician of the Siberian Platform. 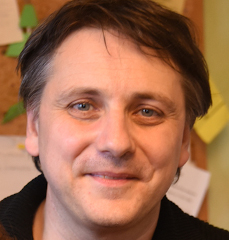 Bertrand LEFEBVRE is a specialist of Ordovician echinoderms (in particular ‘carpoids’). He studied in London (UK) and Lyon (France), where he defended his PhD in 1999. He was then recruited as CNRS researcher in Dijon (France) in 2001, and since 2007, he is back in Lyon. He was president of the French Palaeozoic Working Group (GFP, 2004-2011) and of the French Stratigraphic Committee (CFS, 2012-2015). In the past 20 years, he was largely involved in the description of the Lower Ordovician Fezouata Biota (Morocco), contributing to advances on palaeontological, sedimentologic, stratigraphic, and taphonomic aspects of this Lagerstätte.